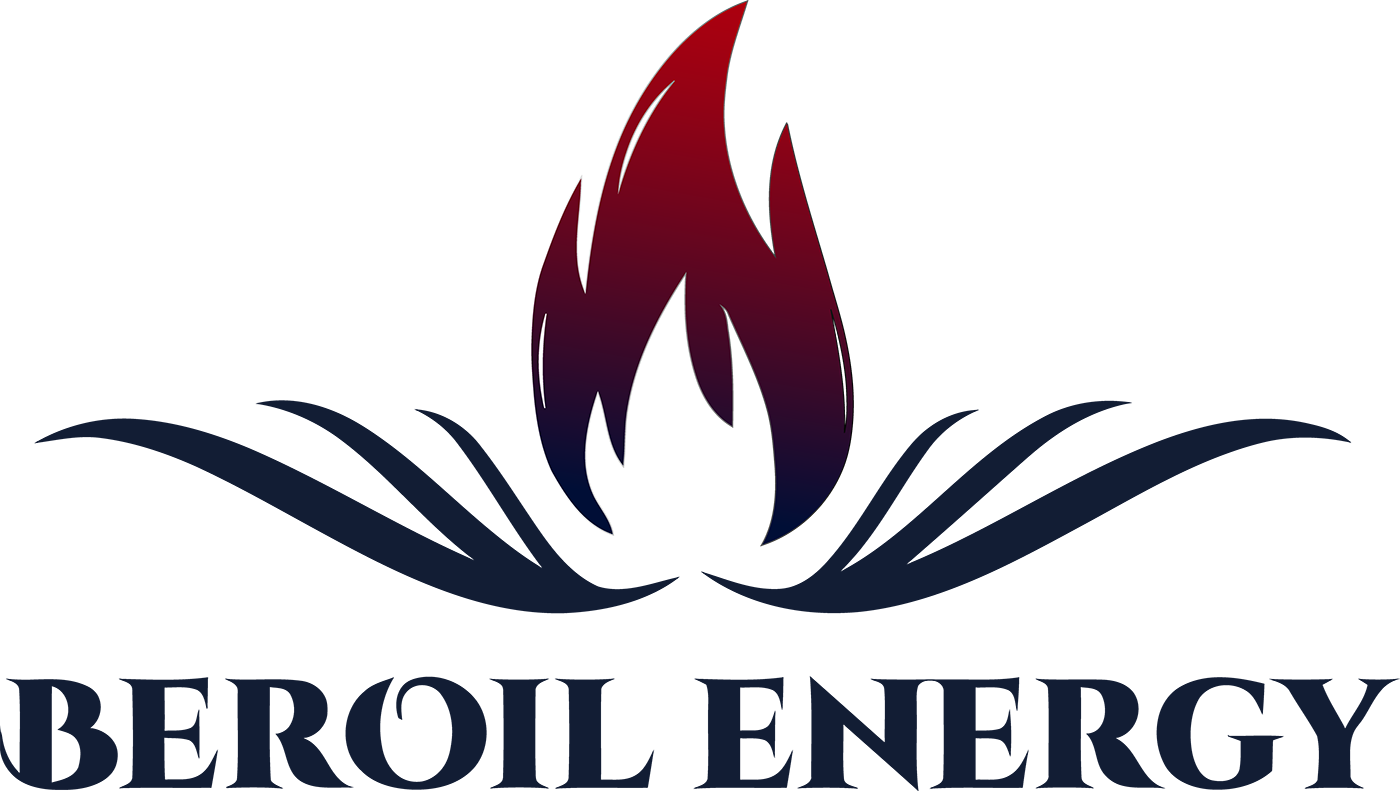 Sodium Hydroxide (NaOH), also known as lye and caustic soda, is an inorganic compound with the formula (NaOH). It is a white solid ionic compound consisting of sodium cations (Na+) and hydroxide anions (OH−) and it belongs to a strong basis. It is a white solid available in pellets, flakes, granules, and as a 50% saturated solution. Sodium hydroxide is soluble in water, ethanol and methanol.

Sodium hydroxide is a highly caustic metallic base and alkali that decomposes proteins at ordinary ambient temperature and may cause severe chemical burns. It is highly soluble in water, and readily absorbs moisture and carbon dioxide from the air.

Caustic soda is a strong base and, as such, has many applications in industries all over the world, both now and in the past. It is one of the oldest manmade chemicals with excavations in Egypt showing samples of it dating from 3000 B.C.

Nearly all caustic soda is generated by the electrolysis of sodium chloride solution using one of the three cells.

The electrolysis process produces 2.25 MT of 50% Caustic Soda with each MT of Chlorine.

Chlorine and Sodium hydroxide are among the top ten chemicals produced in the world and are involved in the manufacturing of a wide variety of products used in day to day life. These include: pharmaceuticals, detergents, deodorants, disinfectants, herbicides, pesticides, and plastics. That’s why the Chlor-alkali industry has now become a major branch of the chemical industry. Its primary products are Sodium hydroxide, Chlorine and Hydrogen which are produced from rock salt, a readily accessible raw material.

Caustic soda is the most typical of the strong alkalis. Although there is no danger of it exploding or igniting, it reacts with various acids, such as hydrochloric acid, and is neutralized and generates considerable exothermic heat of neutralization. It corrodes metals, such as aluminum, tin, and zinc. During this process, it generates hydrogen, which has the potential to behave as an explosive gas. It is highly hygroscopic and absorbs moisture, carbon dioxide, or sulfur dioxide in the air. It is also highly deliquescent and absorbs moisture to form an aqueous solution. When liquid caustic soda is diluted, it generates a considerable amount of heat of dilution. Since this rapidly generates strong heat and the resulting solution may spatter if the water is carelessly poured into it, care must be taken. Materials resistant to corrosion by caustic soda include stainless steel, steel-epoxy resins, and fiber-reinforced plastics, steel and rubber-lined steel are the most frequently used.

The highest demand for caustic soda comes from the paper industry where it is utilized in pulping and bleaching processes. They are also in demand in the aluminum industry as the caustic soda dissolves bauxite ore, which is the raw material in aluminium production. Another major use for caustic soda is chemical processing as caustic soda is a basic feedstock for a range of down-stream products including solvents, plastics, fabrics, adhesives, etc.

Caustic soda is also used in soap production as they engender saponification of the vegetable oils or fats that are necessary for soap manufacture. They also have a role in the natural gas industry where sodium hydroxide is used to help produce and process petroleum products. Caustic soda can also be employed in the textile industry where it is used in the chemical processing of cotton. Caustic soda also has small scale applications. It can also be used for aluminium etching, chemical analysis, and in paint stripper. It is also a component in a range of domestic products including pipe and drain cleaner, oven cleaner, and in home-cleaning products.

The demand for pulp and paper is increasing due to rising domestic household tissue paper requirements, the application of pulp and paper in printing and writing paper is also growing which will boost the demand for caustic soda. Growing usage of magazines and newspapers across the globe is positively impacting the caustic soda market. Moreover, the textile industry is expanding owing to technological development and pouring investment, hence these factors are propelling overall market growth in the coming years.

Caustic soda serves as a strong alkali compound and readily reacts with various substances including zinc and aluminum. This is another major factor likely to propel the market demand in metallurgical applications. Moreover, the market is further expected to accelerate with the increase in consumption of caustic soda in alumina extraction.

The granular sulphur is produced as a side product from the Gas Processing in particular from the Gas Sweetening Process that removes H2S then is converted to Liquid sulphur in the Sulphur Recovery Units (SRU) and finally that liquid sulphur is processed to produce Granulated Sulphur. Granular sulfur, as the name implies, is created through the gradual buildup of successive layers of sulfur around a central core. As a result, the ultimate product size can be controlled.
Drum granulation of solid sulphur is the most common method of producing dense, spherical sulfur granules. Sulfur granulation is a size enlargement process. Small sulphur seeds (undersized granules) are repeatedly coated with a liquid sulphur spray and cooled. With repeated application of liquid sulphur, the seed increases in volume and weight. The particles are coated until they reach a diameter of 2-6 mm. As the granule is enlarged, each coating of liquid sulphur is fully and structurally bonded to the layer beneath. This creates a spherical granule which is entirely dry and completely free of voids.
In sulphur pastillation, drops of liquid sulfur are placed on a steel belt cooler in regular rows using a liquid sulphur injection machine. The liquid sulphur loses heat as it moves on the steel belt cooler and forms into uniform hemispherical shapes called pastilles. Forming sulphur pastilles is an increasingly popular method of producing solid sulfur, due to the relative ease of setup and the high quality of the final product.

Lump sulphur (technical gas lump sulphur) is one of the most common forms of sulfur commodity. It is created when using earthmoving equipment to recover sulfur which has been allowed to solidify in sheet or vats. Obviously, the product is extremely dusty. It is produced by filling and solidification of liquid sulfur, followed by milling the obtained blocks.
As a result of lump sulfur opening, storage and transport, it can make dust, ignite spontaneously, lose weight, contaminate and become moist, which are the main drawbacks of such a form of the sulphur commodity. Technical gas Lump sulfur is excessively required for a variety of applications in numerous industries such as the chemical, agricultural, medical, food, paper and rubber industry, while production of fertilizers, matches, gunpowder and dyes.

Sulfur Powder is produced with various standard particle sizes ranging from -40 to -350 mesh and submicron. Processes for the production of micronized sulphur powder are dangerous and energy inefficient. Micronized sulphur powder is quite often produced by pulverizing sulphur lumps in mechanical milling equipment. Sulphur powder is widely used in agricultural insecticides and fungicide in the dust forms or in the form wettable sulfur in spray mixture along with other insecticides. Sulphur powder is also used in the manufacture of fertilizers, rubber vulcanization, medicines and explosives and in the manufacture of other chemicals. Sulphur powder has an ignition temperature of approximately 190 degrees Celsius and there is a potential for explosion when there is a dust cloud from handing sulfur. In addition, static from the particles can result in ignition. It should be stored in well-ventilated areas to reduce the risk of fire or explosion.

Sulphur is generally shipped in bulk as well as in Jumbo bags, but sulphur powder usually is packed in 25-50kg bags due to its nature and being a flammable material.

Jumbo bags have a capacity of 1-1.5 MT and are the most convenient packaging for the sulfur transport, It applies to ship sulfur for long-distance or ocean transport. It should be noted that the most affordable option is shipping in bulk, if the required facilities and equipment for loading and discharge will be available at the ports.

Sulfur is one of the chemical industry’s most important raw materials. It is used principally as the derivative in many chemical and industrial processes and is particularly important in the manufacture of phosphate fertilizers, the single largest end-use for sulfur.
Sulfur’s main commercial use is as a reactant in the production of sulfuric acid. Sulfuric acid is the industrialized world’s number one bulk chemical, required in large quantities in lead-acid batteries for automotive use. More than 90 percent of the elemental sulfur consumed in the United States is converted to sulfuric acid.
Elemental sulfur is a commonly used pesticide on many farms in the world. It is approved for 64 use on both conventional and organic crops to help control fungus and other pests. Fertilizers are the ultimate use of about 50% of the world’s sulfur production.
Sulphur powder is used in the process of manufacturing other common items such as matches, adhesives, synthetic fibers, paper products, plastics, water treatment chemicals and storage batteries. 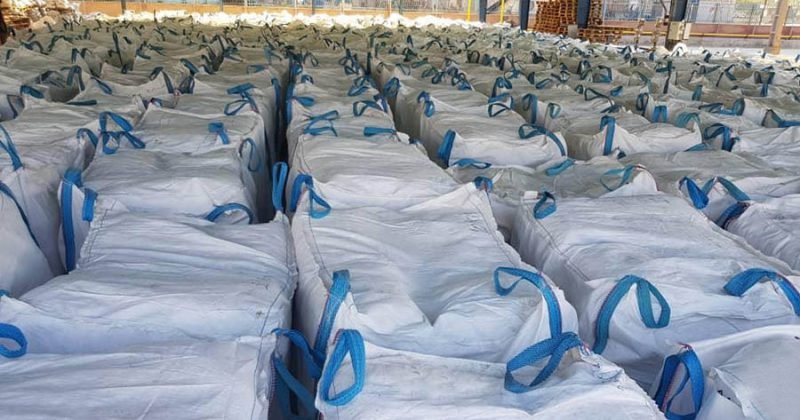 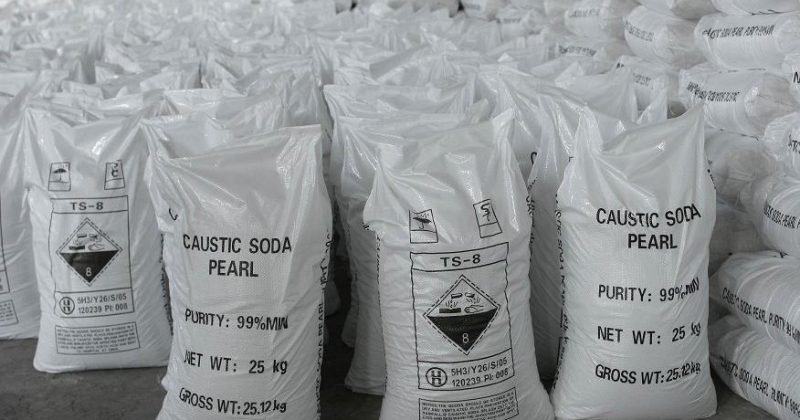 Our group is offering Sulphur Lumps that comply with prevailing industry standards. This chemical is widely demanded for manufacturing detergents, plastic, explosives and others. 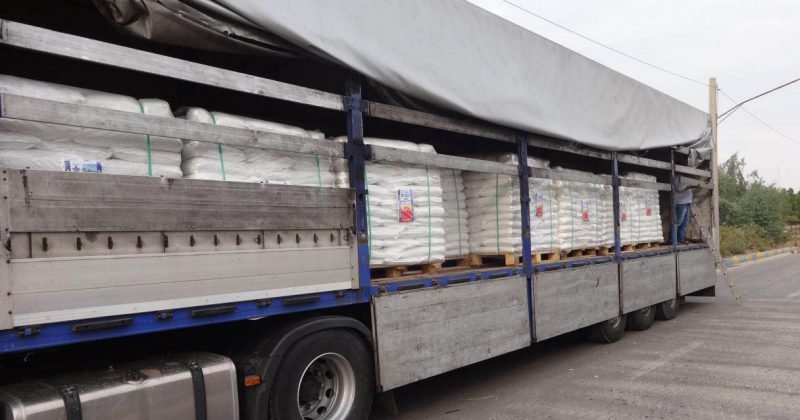 We are working closely with the biggest powder sulfur mills, giving us an ability to supply high purity sulfur powder with a wide range of mesh size, applicable to various industries.

Our group is supplying caustic soda flakes and caustic soda liquid in different packings. Our Product has 99% purity, packed in high-quality PP bags.